HomeNewsNews19,000 will benefit from free public transport scheme for over 75s

19,000 will benefit from free public transport scheme for over 75s 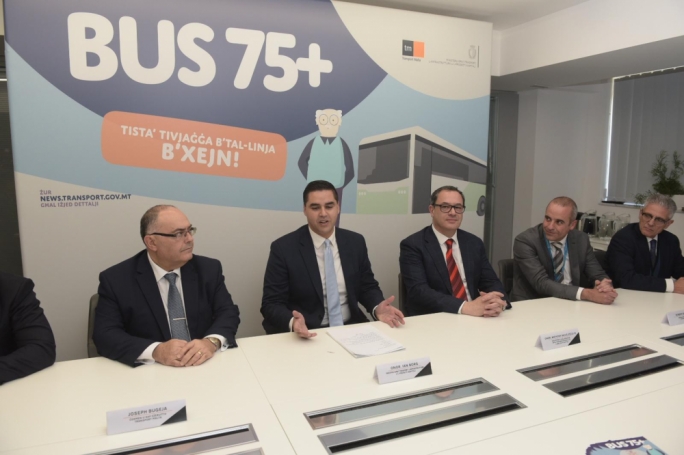 The government launched the 75+ public transport scheme on Monday where the government anticipates that 19,000 elderly individuals, of 75 years and older, will benefit from free bus rides.

The scheme was launched at Centrecom inside Mosta technopark, where a team will be specifically assigned to take customer care calls from individuals with questions or queries about the scheme.

“From 1 December, disabled individuals have been travelling on public buses for free. Some of them are already receiving their refund cheques for what they spent on public transport in December. Now, from 1 January, people over 75 years of age will also benefit from free public transport. They’ll spend any amount and then get a refund cheque at the end of the month,” Transport Minister Ian Borg said.

Borg added that the aim of the government is to provide free public transport for all and that the 75+ scheme was another step towards the gradual implementation of that objective.

Children and students between 18 and 20 years are already benefitting from free school transport and free public transport as announced in previous Budgets.

Robert Spiteri, General Manager at Centrecom, said that Centrecom helps by taking calls from various individuals looking for answers to questions about the government’s scheme and use social media to market the initiatives.

Centrecom is also in partnership with AirMalta where a section of customer care assistants take calls for queries related to the airline.

“This scheme is a social measure that shows that the elderly are at the centre of this government’s politics. We want to encourage active ageing, to encourage the elderly to find it easier to travel and participate in other initiatives such as the free museum visits to the elderly,” he said.