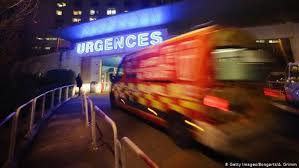 Emergency personnel were sent to the church in the Oise department after several people complained of headaches during the religious ceremony on Christmas eve.

The church was evacuated to a nearby community hall where 72 people were treated. Of those, 19 were brought to nearby hospitals and two, with more severe symptoms, to specialist centres where one was placed in a hyperbaric oxygen chamber.

Local emergency official Nicolas Mougin said carbon monoxide levels up to 350 parts per million (ppm) were measured inside the church.

The cause of the poisoning has not been determined but investigators were looking into a gas heater.

The local mayor has ordered the church closed.

The US Consumer Product Safety Commission’s website states that exposure to sustained CO concentrations above 150 to 200 ppm can lead to disorientation, unconsciousness and even death.