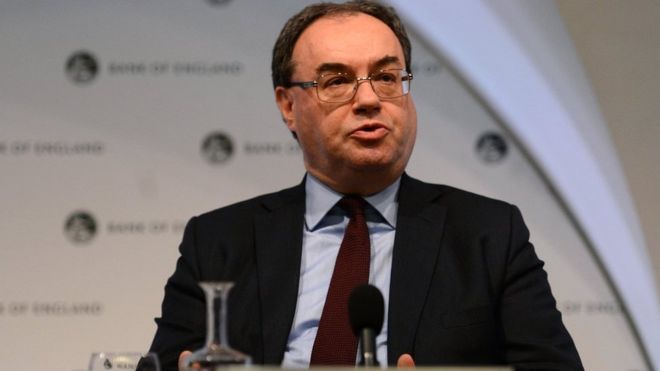 Andrew Bailey has been appointed as the next governor of the Bank of England.

He will become the 121st governor of the Bank of England on 16 March, taking over from Mark Carney, and will serve a full eight-year term.

The search for the new governor began in April and Mr Bailey, who spent more than 30 years at the Bank, was seen as an early favourite for the job.

However, the FCA has faced criticism in recent months over its regulatory scrutiny of the flagship fund of one of the UK’s best known money managers, Neil Woodford. The fund was suspended in June and eventually closed with investors expected to lose large sums of money.

And its report into Royal Bank of Scotland’s treatment of small business by its controversial restructuring division was called a “whitewash” after it recommended taking no further action against the bank.

Five things the Bank of England does

Announcing the decision to appoint Mr Bailey, Chancellor Sajid Javid said he was “the stand-out candidate in a competitive field”.

“He is the right person to lead the Bank as we forge a new future outside the EU and level-up opportunity across the country,” he added.

Accepting the role, Mr Bailey said it was “a tremendous honour” to be chosen.

“The Bank has a very important job and, as governor, I will continue the work that Mark Carney has done to ensure that it has the public interest at the heart of everything it does.”

But shadow chancellor John McDonnell was critical of the appointment, saying: “As an establishment figure with what some consider is a less than inspiring record at the FCA, Andrew Bailey will need to demonstrate early that he appreciates the need to address the deep structural problems of our economy and, like Mark Carney, understands the climate change threat.”

Mr Carney had been due to step down on 31 January, but has now agreed to stay on until 15 March in order to provide for a smooth transition.

“Andrew brings unparalleled experience, built over three decades of dedicated service across all policy areas of the Bank,” he said.

The decision means hopes that the Bank could have been led by a female governor for the first time in its history have been dashed.

Minouche Shafik, a former member of the Bank of England’s interest rate-setting committee, had been hotly tipped for the role.

Mr Bailey has spent almost the entirety of his career at the Bank of England, which he joined in 1985.

He has held a number of roles including chief cashier, which meant that his signature appeared on all bank notes issued by the Bank of England.

Mr Bailey was cash cashier during the financial crisis when, he recalled in an interview: “The [RBS] treasurer, John Cummins, came in and I thought he was going to have a heart attack… and he looked at me and said: ‘I need £25bn today, can you do it?’. I said: ‘Yes, I can do that’.”

Mr Bailey was also a deputy governor and head of the Bank’s prudential regulation division, before joining the FCA as its chief executive in 2016.