HomeNewsNewsBrexit: What to expect from UK-EU trade talks

Brexit: What to expect from UK-EU trade talks 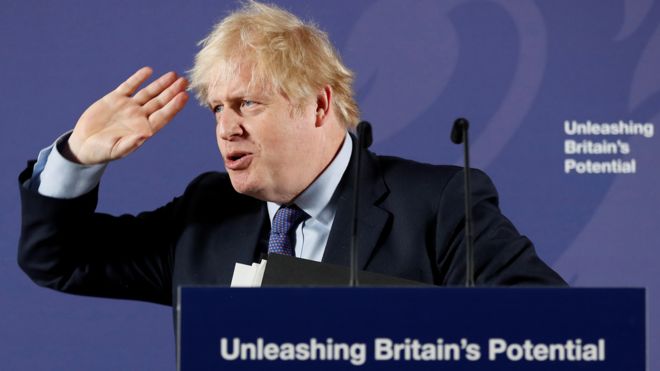 So this is it. After three messy years negotiating the UK’s exit from the EU, Monday is the day that trade talks finally begin between the two sides.

David Frost, the UK’s chief negotiator, arrives in Brussels in the afternoon, armed with 100 advisers and civil servants, preparing to spread themselves across 10 working groups, focusing on everything from fishing to financial services to truck drivers’ cross-border access.

Negotiations are to take place once every two or three weeks from now until the summer at least, alternating between Brussels and London – with the prime minister insisting a deal must be struck by the year’s end.

OK, even trade buffs admit their area of expertise can be pretty dry and detail-heavy. And it would certainly suit the government if we all looked the other way during these negotiations because trade deals generally include trade-offs. On both sides.

Neither Boris Johnson, nor his predecessor, Theresa May, have been wholly transparent about this with the UK public.

So surely it is of interest to those who voted for Brexit, to keep a keen eye on whether the benefits they’ve been led to believe will be coming the UK’s way for farmers, fishermen and slashing immigration numbers, will now materialise in the way they’d imagined.

And what do both sides – the EU and Boris Johnson’s government – want from a trade deal?

Very different things. Which puts negotiations on to a tricky footing from the off.

The EU is after an overarching agreement, covering all aspects of future relations: foreign policy, security co-operation, fish, trade, services, research and development and more. All disputes would be referred to a single arbitration panel. The (Brexiteer-despised) European Court of Justice, the ECJ, would have the final word on aspects touching EU law.

The UK government rejects that idea. The whole point of Brexit, ministers argue, was to reclaim national sovereignty and escape the ECJ.

Boris Johnson wants a free trade deal (similar to the one the EU struck with Canada) with extra agreements (like fishing) on the side, governed by separate dispute resolution mechanisms.

The UK aim here is to avoid “linkage” – where the EU could say, for example: “We won’t give you a tariff and quota-free trade deal unless you allow EU fishermen to keep the same access to UK waters as they had before Brexit”.

Another big pre-negotiations row has been over the issue of level playing fields. This is where the EU is pressuring the UK to maintain the same or similar standards when it comes to environmental, labour and state aid regulations. Otherwise, European businesses worry that the UK, which already has access to customers across the single market after more than four decades as an EU member, could slash its regulations, undercutting their European competitors with considerably lower prices.

The government grumbles that the EU should have more faith: that the UK has no intention of slashing regulations but that, in any case, the UK didn’t go to all the trouble of Brexiting in order to re-tether itself to EU rules.

Those same glaring misunderstandings or miscalculations of the other side, that we became so familiar with in the Brexit negotiations, are back with a vengeance now EU-UK talk turns to trade.

While Theresa May aimed to keep trade as friction-free as possible with the EU after Brexit – in the interest of cross-border business – even though she knew this would mean still adhering to a number of EU regulations, Boris Johnson seems content to countenance the cost, paperwork and delays the UK could incur on exports and imports, in order to break free from Brussels’ rules once and for all.

And Mr Frost is right. Many in the EU do think the PM is bluffing. They believe, at the last minute, that Mr Johnson will probably balk at the prospect of negative press being generated by huge lorry queues backing up at Dover and Calais and that he will then agree to match EU regulations in some way.

As evidence, Brussels cites Boris Johnson’s “capitulation” in the autumn, when he agreed to something he had sworn he could never accept: a border down the Irish Sea – in order to finally get a Brexit divorce deal signed.

Some cabinet ministers seem now to be questioning that commitment to having border checks in the Irish Sea, feeding growing EU distrust in the UK government..

Overall, Mr Johnson’s pro-Brexit cabinet believes the EU woefully underestimates their resolve, while Brussels scoffs at Downing Street assertions that the EU needs a trade deal with the UK more than the other way round.

“I really can’t believe that we’re back to hearing government ministers speaking again about mythical German car manufacturers, supposedly pressurising Berlin to do a good deal with the UK,” a high level EU figure told me: “The same car manufacturers who never pressurised Angela Merkel during the Brexit process and who won’t be saying anything now. Why? Because they, as all of the EU, care more about and earn more money from the single market as a whole, than we do from trade with the UK alone. London still hasn’t understood that somehow.”

A certain amount of shadow boxing, even chest beating is to be expected ahead of tough trade negotiations. Normally, though, both sides then need a bit of time to allow temperatures to cool before constructive talks can begin.

But the Johnson-imposed end of year deadline means there’s little time to waste. He’s attempted to ratchet up the pressure on the EU even further by threatening to abandon negotiations as early as the summer if they don’t appear be going his way.

“But (chief EU trade negotiator) Michel Barnier is cool about all this,” a diplomat from an influential member state told me. “He’s been round the block a few times by now. He knows it’s in the interest of the EU and the UK to strike some sort of deal, however limited, by the end of the year. As we saw with Brexit talks, sudden progress can be made when you least expect it, even last minute. Maybe we won’t know what shape this trade deal will take until the autumn.”

In the meantime, Boris Johnson is keen to kick-off trade talks with the US – though they too promise to be far from straightforward.

Here again, the Johnson priority appears to be speed over content. To get something – however thin an agreement – signed with the US and the EU by the end of the year in order to be able to say to voters: “I did it”.