HomeNewsNewsCoronavirus cases surge to 400 in Italy

Coronavirus cases surge to 400 in Italy 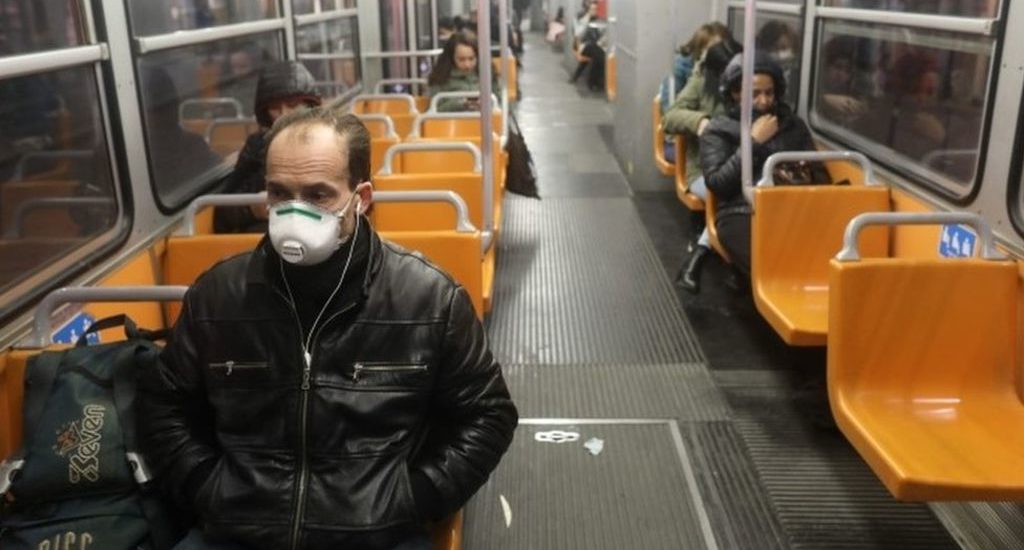 The number of coronavirus cases in Italy has jumped to 400, amid international efforts to contain the spread of the deadly outbreak.

The rise in Italy, the main focus of infection in Europe, represents a 25% surge in 24 hours.

Also on Wednesday, the World Health Organization said that for the first time the virus was spreading faster outside China, where it originated.

Globally, more than 80,000 people in about 40 countries have been infected with the new coronavirus, which emerged in December. The vast majority remain in China.

Covid-19, the respiratory disease caused by the virus, has killed more than 2,700 people so far.

What is the situation in Italy?

Late on Wednesday, authorities reported a total of 400 cases – a rise of 80 from Tuesday night.

The worst-affected areas are in the industrial north of the country – Lombardy, the region around Milan, and Veneto near Venice. The outbreak has killed 12 people in the country so far.

Government officials have sought to reassure the public, and insisted steps were being taken to prevent the spread of the disease.

Schools, universities and cinemas have been closed and several public events cancelled.

Eleven towns at the centre of the outbreak – home to a total of 55,000 people – have been quarantined.

There are fears that the outbreak may tip Italy into economic recession. The BBC’s Mark Lowen in Milan says fear is the reason for the city’s empty cafes and many hotel cancellations.

EU Health Commissioner Stella Kyriakides told reporters after meeting the Italian health minister in Rome: “This is a situation of concern, but we must not give in to panic.

“There are still many unknowns about this virus and in particular its origin and how it spreads.”

What about the rest of Europe and beyond?

In the past two days, Austria, Croatia, Greece, Norway, Switzerland, Georgia and North Macedonia reported their first coronavirus cases. Many of them involved people who had been to Italy.

More cases were also announced in Spain, France and Germany. Ireland postponed Six Nations rugby matches with Italy in Dublin that were to be held on 7 and 8 March.

In the UK, where 13 cases have been reported, tests for coronavirus are being increased to include people displaying flu-like symptoms.

Outside Europe, Algeria, Brazil and Pakistan also reported their first coronavirus infections. The Brazilian case marked the arrival of the virus in Latin America.

In Iran – the main hotspot in the Middle East – a total of 19 deaths and 139 cases have been reported in the past week. The government said on Wednesday it had no plans to quarantine any cities and towns. despite fears of a regional epidemic.

Iranian officials have asked people not to go to Qom, the centre of the outbreak, but have not shut a shrine in the city that attracts millions of Shia pilgrims each year.

Also on Wednesday South Korea – the biggest cluster of infections outside China – reported a total of more than 1,200 infections and 12 deaths so far.

The focus of the coronavirus outbreak is shifting – from China to the rest of the world, particularly Europe.

On the face of it, this seems like bad news. But there are positives too. China appears to be getting on top of the virus with the number of new cases each day reducing.

This suggests that efforts to contain the virus by telling people to stay at home, stopping large public gatherings and preventing travel are working.

The message from officials at the World Health Organization is that containment is still possible and a global pandemic is not inevitable.

This view has been echoed in the UK where the government has warned of the social and economic costs of overreacting in response to the outbreak.

Keeping the public safe is the priority – but so is acting in a balanced and responsible way.