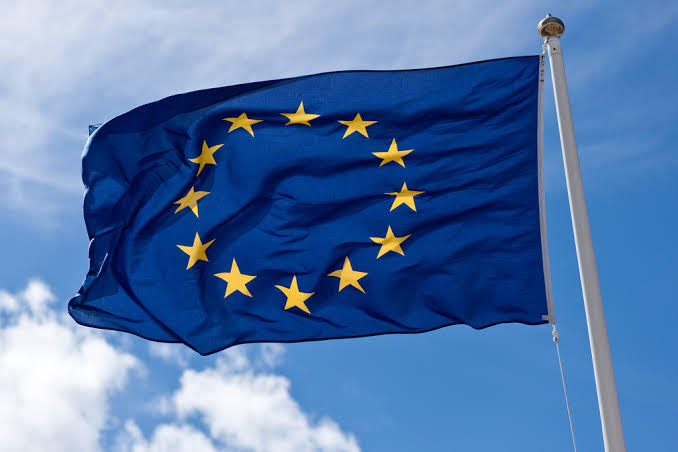 EUROPEAN leaders last night agreed to huge increases to the 2020 budget as they gave the green light to splurge even more taxpayers’ cash on the Brussels project – and Britain will be paying in.

The European Union has next year committed to spending £144.4 billion, an increase of 1.5 percent compared to the 2019 budget. Despite warnings to cut its outgoings in the wake of Brexit, the bloc decided to boost spending on fighting climate change, youth unemployment, illegal migration and promote digitalisation. EU budget commissioner Gunther Oettinger said: “The 2020 EU budget is about continuity

“It will help create jobs, address climate change and leverage investments all over Europe. It will invest in young people and in making Europe more security.”

A total of 21 percent of the bloc’s annual budget will be spent on addressing climate concerns by recruiting more staff at the European Environment Agency and handing nearly £600 million to the EU’s LIFE programme.

Finnish finance minister Kimmo Tiilikainen, who brokered the talks, said: “Next year’s budget strengthens support for the EU’s priority areas and best-performing programmes. It also ensures a realistic approach, taking into account the interests of taxpayers and the need to cater for new challenges that may arise in 2020.

“I would like to highlight in particular the move to further ‘green’ the EU budget and ensure that it works in support of the EU’s climate agenda.”

The 2020 plan allows for some £51 billion to be spent on supporting farmers, fisheries and almost £50 billion to reduce economic and social differences between European regions.

A further £21 billion will go to research and development, youth education and the EU’s Galileo satellite navigation scheme to make the bloc independent from the US-backed Global Position System.

A statement by the European Council warned that the increased spending hinges on Britain contributing to the budget.

“The agreed figures are based on the premise that the UK will continue to participate fully in the financing and implementation of the EU budget for 2020,” it said.

Just £3.4 billion were put aside to protect the bloc from unforeseen circumstances, including Britain leaving without a deal on January 31.

The so-called “Frugal five” countries – the Netherlands, Austria, Germany, Denmark and Sweden – have urged Brussels to tighten its purse strings in the wake of Brexit.

Alexander Schallenberg, Austria’s EU affairs minister, said: “Those countries who speak for a more restrictive budget are not bad Europeans… they are not anti-Europeans.

“It is that we say if we have the Brexit with one of the big economies leaving the European Union we cannot have a budget that simply increases.

“We can do a lot. We can do more than we have done in the past with one percent of gross national income.”

The 2020 budget is the last annual spending plan of the EU’s seven-year budget, which is equal to one percent of the 28-nation bloc’s gross national income.

As part of the withdrawal agreement, the Government promised to keep funding the bloc’s seven-year budget, which runs from 2014-2020.

Next year around £1 billion a month will be sent by the Treasury to Brussels, as part of the so-called Brexit divorce bill.

Brexit Party MEP Rupert Lowe questioned the EU’s logic in attempting to boost their spending while one of the bloc’s biggest economies plans to leave.

He said: “It is quite remarkable that at a time when they will be losing one of their biggest contributors, Brussels sees it fit to increase their budget.

“The UK economy is equivalent to the 19 smallest countries put together. Brexit will leave a huge financial hole in their budget.

“Anyone worth their salt in business knows if you are expecting to lose revenue, cuts have to be made. This reckless and arrogant financial management shows just how out of touch these people are.

“If you had told me in 2016 we would still be footing the bill in 2020, I’d have been astonished. Never underestimate the duplicitousness in our Remain establishment.”