The 24th European Union Film Festival (EUFF) was inaugurated in Mumbai on Friday, September 20, 2019 after travelling through Seven other Indian cities. The Film Festival was organized by the Delegation of EU to India in association with the Ministry of Information and Broadcasting, Government of India, supported by EU Chambers. The Film Festival was kick-started with the screening of the Slovakian film “Backstage”. 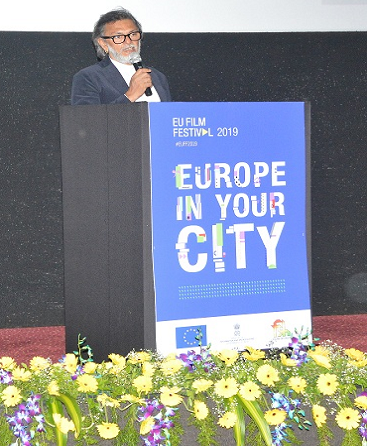 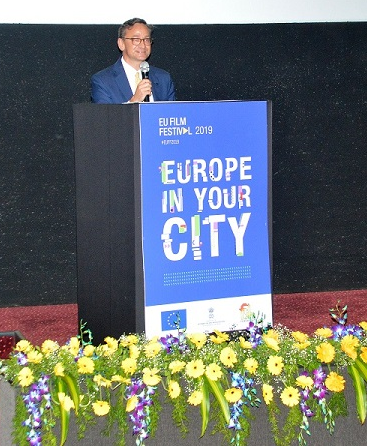 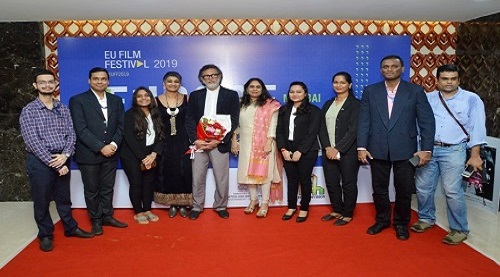 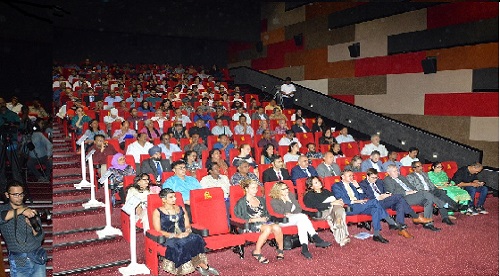 The inaugural ceremony was graced by Chief Guest Mr. Rakeysh Omprakash Mehra, a renowned Bollywood director, writer and producer along with Mr. Raimund Magis, charge d’affaires of the Delegation of EU to India and Mr. Anil Kumar, Film division.

Speaking about the 24th edition of the European Union Film festival in India Raimund Magis, Chargé d’affaires, Delegation of the European Union to India says, “We are glad to showcase Europe’s rich cultural diversity and its dynamic and engaging cinematic landscape in Mumbai. Mumbai is a diverse city replete with cultural flavours and the theme of the films will be well appreciated by Mumbaikars. This year, we bring an array of films exploring themes of self-discovery, dreams of a better future, nostalgia for the past, and human endurance in the face of psychological and situational barriers – universal themes cinemagoers everywhere can identify with”.

The EUFF is a six day long festival which screens 23 award winning EU movies from 23 EU member states such as Austria, Belgium, Bulgaria, Cyprus, Czech Republic, Denmark, Finland, France, Germany, Greece, Hungary, Ireland, Italy, Latvia, Lithuania, Malta, Netherlands, Portugal, Romania, Slovakia, Spain, Sweden and Switzerland. The Film Festival celebrates cinema and culture between India and Europe. The European Union Film Festival (EUFF) brings in the city a selection of some of the finest and most riveting films from Europe. EUFF promises to be a heady cocktail of romantic comedy, period drama, mockumentary, satire, family drama, and socio-political thriller. It is running at Film Division, Auditorium 1, National Museum of Indian Cinema. It is being held between September 20 and 26.

Background: About the European Union (EU):

The EU, which consists of 28 countries, has the world’s largest economy and its third largest population, after China and India. Though richly diverse, the countries that make up the EU (its ‘Member States’) are all committed to the same basic values: peace, democracy, the rule of law and respect for human rights. They have set up common institutions so that decisions on matters of joint interest can be made democratically at the European level. By creating a frontier-free single market and a single currency (the euro) which has been adopted by 19 Member States, the EU has given a significant boost to trade and employment. It is also at the forefront of policies on sustainability.

EU-India relations: For over 50 years the EU and India have worked together to reduce poverty, prevent disasters, expand trade, and promote joint research in energy, health, agriculture and many other fields of mutual interest.