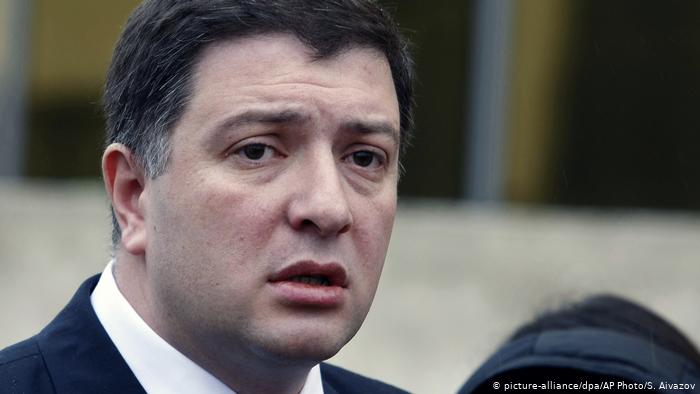 Georgia’s top court has slapped a prison term of over three years on one of the country’s leading opposition figures, Gigi Ugulava. The ex-mayor of Tbilisi claims the ruling is the work of oligarch Bidzina Ivanishvili.

Georgian politician and government critic Gigi Ugulava was sentenced to three years and two months in prison on corruption charges on Monday. The prosecutors claim that he embezzled nearly $17 million (€15.6 million) between 2005 and 2013 as the mayor of Tbilisi.

The country’s Supreme Court announced the sentence at a closed hearing. Neither Ugulava nor his lawyer were allowed to attend.

Commenting on the case, the 44-year-old opposition leader pointed to the leader of the ruling Georgian Dream party, Bidzina Ivanishvili.

The conviction was “politically motivated” and a “personal decision” of Ivanishvili, Ugulava told journalists.

The billionaire oligarch Ivanishvili served as the country’s prime minister in 2012 and 2013. While he currently holds no state office, his critics believe him to be the most powerful person in the ex-Soviet country and the true force behind the current prime minister, Giorgi Gakharia.

Ivanishvili’s party faced criticism from abroad over the recent crackdown on civic protests. The November protests were caused by the Georgian Dream promising, and then rejecting, electoral reform of the system which tends to favor the ruling party.

In addition to Ugulava, several other major opposition leaders and independent media owners have either been put on trial or currently face prosecution. Ugulava has already served prison time for other graft charges.

No talks with government

On Monday, other opposition leaders said they were mulling their response to the court’s ruling.

“We do not rule out launching massive protest actions against the government,” fellow opposition leader Shalva Natelashvili told reporters.

Later on the same day, the opposition leaders said they would cut the talks with the government which had started several weeks ago.

“Unfortunately, there can be no dialogue with the authorities while they are arresting one of the opposition leaders, Gigi Ugulav, on trumped-up charges,” said ex-foreign minister Grigol Vashadze, who also serves as leader of the opposition United National Movement.