HomeNewsNewsHalf a million Danish buildings are susceptible to flooding

Half a million Danish buildings are susceptible to flooding 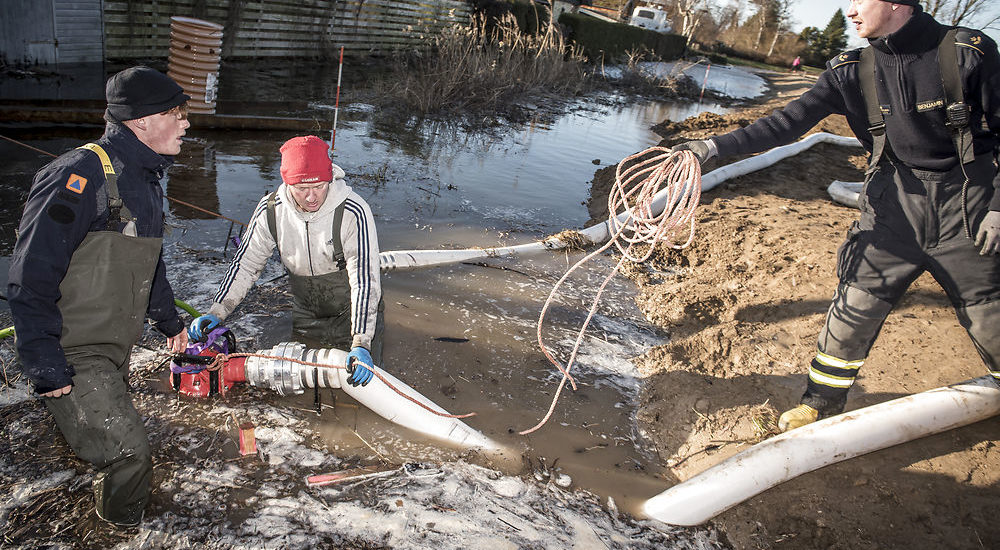 Over 468,000 buildings close to Denmark’s rivers and coasts and in low-lying areas are at risk of being flooded by a major weather event.

The many buildings are considered to be at risk from a so-called ‘100-year (weather) event’ or by storm surges, caused by high winds pushing water from the sea onto land.

An analysis by Regional authorities and Scalgo, a specialist in 3D mapping, has plotted out the risk, Jyllands-Posten reports.

The analysis is intended to show what would happen if storms pushed Denmark’s water levels up by two metres from their normal height.

The buildings would not necessarily all flood at once, but are all located in areas st risk.

Measures must be taken to protect areas from flooding, Danish Regions said in response to the analysis.

“This analysis makes clear in no uncertain terms the size of the challenge we are facing,” Heino Knudsen, chairperson of the Region Zealand council and head of its environmental committee, told Ritzau.

“It is also a challenge the is continually growing given the climate changes we are seeing, so a new focus in this area is necessary,” Knudsen said.

Given that rivers run through several municipalities, Regions – which have jurisdiction over larger areas than local councils – would be better equipped to manage protection measures, the Regional council chair said.

Denmark’s 98 municipalities exist to provide administration for much of the country’s welfare and social needs, while the 5 regions are primarily concerned with administration of health care.

“We suggest the law is changed so that Regions are given responsibility along with municipalities for developing regional climate adaptation plans,” Knudsen said.

Zenia Stampe, spokesperson on the environment with the Social Liberal party, said that the analysis demonstrates the need for a plan for climate change impact in Denmark, and that Regions could play a role in that.

“There are a lot of actors involved here and we certainly need to discuss where responsibility will lie,” Stampe said.

The Regions are this month scheduled to present a plan for altered areas of responsibility to environment minister Lea Wermelin.