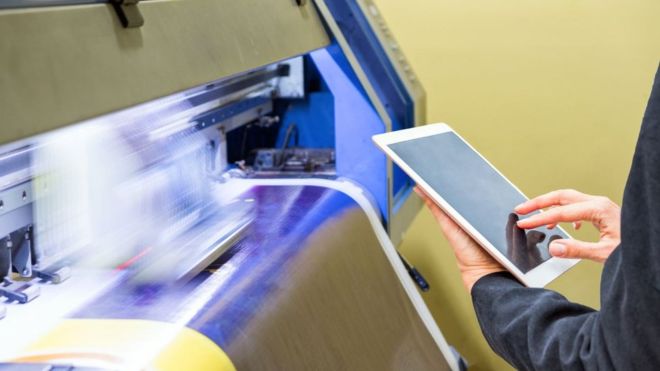 An inquiry has begun into how staff at the Irish parliament spent more than €1m (£857,000) on a printer that was too big to fit into the building.

When officials realised it would not fit, they spent an additional €236,000 tearing down walls and embedding structural steel to house the machine.

The printer was placed in storage at a cost of €2,000 a month during the work.

The measurement miscalculation was first reported by the Irish Times at the weekend, which obtained the details under the Freedom of Information Act.

The newspaper said the documents showed the “original measurements taken failed to ensure that the printer had the 3.1m height clearance needed”.

The paper has also seen correspondence between officials which suggest they believed the printer could not be returned because a contract of sale had been signed.

The machine arrived in December 2018 but had to be stored in an industrial estate in south County Dublin for 10 months until the unforeseen installation work was complete.

The printer was finally installed at the Oireachtas (Irish houses of parliament) on 28 September but there are concerns it will not be fully operational until next year.

Irish public broadcaster RTÉ said on Tuesday the “costly error has led to a public and political outcry”.

It reported the most senior official in the Irish parliament Peter Finnegan is to hold a “fast-track inquiry” into the spending controversy.

RTÉ said it has seen a letter from Mr Finnegan, confirming he is preparing a report for a the public accounts committee later this week.

Mr Finnegan also wrote he would be available to make a statement and take questions from members of the committee.