HomeNewsNewsMigrants fired at by Croatian police during attempt to cross into Slovenia, officials say

Migrants fired at by Croatian police during attempt to cross into Slovenia, officials say 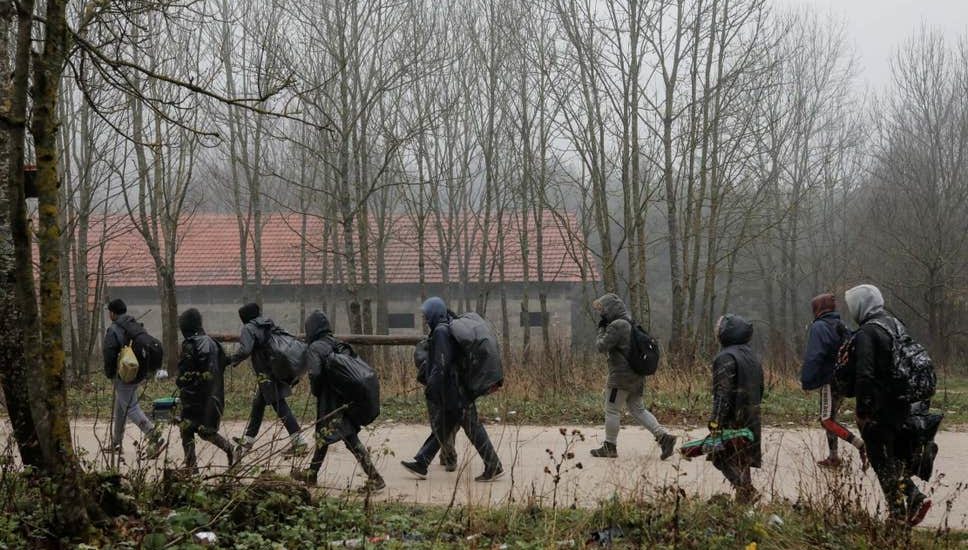 A group of migrants were fired upon by Croatian police as they attempted to cross the border into neighbouring Slovenia on Saturday evening, officials have said.

One man was injured in the shooting, which took place in a mountainous area in the north-west of the country near the town of Rijeka.

A doctor at the Rijeka Clinical Hospital Centre said the man was in a critical condition.

“The patient was admitted for urgent surgery after sustaining gunshot wounds in the area of thorax and stomach,” the doctor told Reuters. “He is in a life-threatening condition and intensive medical treatment is continuing.”

Croatia’s interior minister, Davor Bozinovic, said that police offers “were preventing the passage of a group which most probably wanted to reach Slovenia”.

He did not say how many people were in the group or give their nationalities, but confirmed that regional authorities were investigating the incident.

Asked if the migrants were armed, Mr Bozinovic said he could not answer due to the ongoing investigation.

Croatia is on a route taken by many migrants from the Middle East and central Asia trying to reach the European Union’s wealthier states. Some cross into Croatia from Bosnia undeclared.

With hopes of joining the EU’s border-free Schengen area, Croatia is attempting to convince Brussels that it is able to effectively manage the bloc’s external border, a particularly sensitive issue since Europe’s 2015 migrant crisis.

Neighbouring Bosnia, which has become a migrant hot-spot since 2018, has repeatedly accused Croatia of returning migrants even when they are found deep in its territory.

According to Bosnian officials in August, 18 migrants were beaten at the hands of local police as they sought to cross from Bosnia into Croatia.

Croatian police insisted force was not used in preventing the men, 14 from Pakistan and four from Iraq, from “illegally” entering the country.

However, Croatia’s president Kolinda Grabar-Kitarovic admitted in July of this year that “a little bit of force is needed when doing pushbacks” but denied there was anything illegal in them.

“I have spoken with the interior minister, the chief of police, and officers on the ground and they assured me they have not been using excessive force,” Ms Grabar-Kitarovic said in an interview with Swiss television.

According to figures from Croatia’s Ministry of the Interior (MUP), from January to 1 October there were 14,467 attempts of unlawful entry and over 750 criminal offences of smuggling. A total of 810 perpetrators have been arrested.