HomeNewsNewsMove over, Greece: Cyprus is the next big under-the-radar vacation destination

Move over, Greece: Cyprus is the next big under-the-radar vacation destination 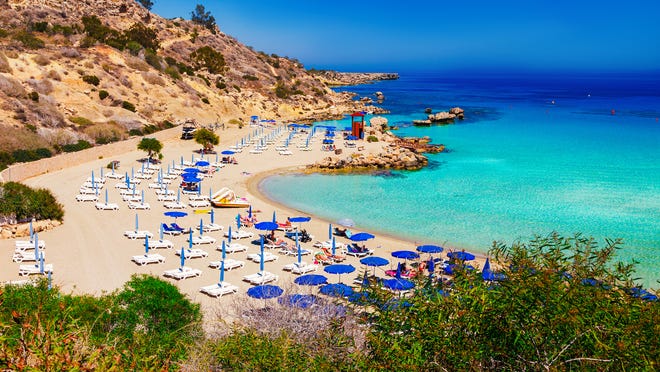 Greece may be a perennial hotspot, but it’s far from the only Mediterranean gem worth noting. Looking to expand your travel horizons? It’s time to set your sights on Cyprus.

Another benefit of this low-key locale is that it’s far less touristy and much cheaper than its flocked-to counterpart. That’s good news for both crowd-averse and budget-conscious travelers. And according to the European Union’s 2012 Eurobarometer study, 73% of the country speaks English.

You can’t talk about Cyprus without mentioning division – specifically the Turkish occupied territory that covers the northern 37% of the island. Such turmoil isn’t necessarily a drawcard. However, it does add another layer to this complex and fascinating country.  The U.S. State Department lists Cyprus as a Level 1 country, the lowest threat level on its travel advisory scale; however it cautions Americans to enter and exit Cyprus only through southern airports (Larnaca and Paphos) and seaports.

Simply put, Cyprus is the under-the-radar vacation spot you need to visit next.

On the south side of the island, southwest of Limossel, lies Akrotiri Salt Lake, the largest inland body of water on the island and one of the most important wetlands in the Eastern Mediterranean.

Active types will applaud the wealth of adventurous pursuits. There are 52 designated walking trails. And cycling routes range from beginner-friendly journeys on near-empty roads to cliff-edge tracks for more advanced riders. (The best part? There are seldom headwinds!)

Nicosia has the distinction of being the last divided capital in the world. In many ways it looks a lot like most other cities – until you see the United Nations buffer zone that separates the Republic of Cyprus and Northern Cyprus (a state recognized only by Turkey). A physical barrier reinforcing the deep ideological rift between the Greek and Turkish Cypriots on either side.

The second-largest metropolis, Limassol is a coastal hub with a new marina, seaside sculpture park, and tons of urban development projects. Located in the southwest of Cyprus, Paphos lures vacationers with its nightlife venues, ancient ruins, and old town. It also hosts the annual Aphrodite festival. Don’t forget Larnaca, a lively port with a palm tree-lined promenade, waterfront bars, and the 9th-century Church of Saint Lazarus.

Venture beyond the urban areas to discover the quaint side of Cyprus. You could – and should – spend at least one day exploring the winsome village scattered throughout the Troodos Mountains. Perched on the banks of the Kargotis and Garillis rivers, Kakopetria charms with its fruit trees, characteristic stone structures, and warm hospitality. Kalopanayiotis and Potamitissa are also worth visiting.

Arguably the most remarkable archaeological park, Kourion is home to a multitude of well-preserved ancient treasures – notably a Greco-Roman amphitheater, private villas with resplendent mosaic floors, and a bathing complex.

Cyprus ranks among the most religious countries in the European Union. The vast majority of the population are members of the Greek Orthodox Church of Cyprus. Christian holy sites range from elaborate basilicas and catacombs to monasteries and humble caves.

Most Turkish Cypriots identify as Muslim and mosques dominate the places of worship on the Turkish-administered northeast part of the island.

Hungry for more? Sink your teeth into souvla (barbecued meat), sheftalia (sausage), and keftedes (meatballs). Remember, there’s more to eat than grilled meat. Be sure to try fried halloumi (cheese), moussaka (a savory pie-style dish) and rabbit stifado (stew), too.

Viticulture traditions in Cyprus span 6,000 years. The climate and fertile soil bode well for grape growing. Some of the native varietals include Xynisteri and Yiannoudi. And despite its small size, it has an impressive number of both traditional and modern producers. Wine routes, implemented by the Cyprus Tourism Organization, allow travelers to sip their way through the various vino regions.