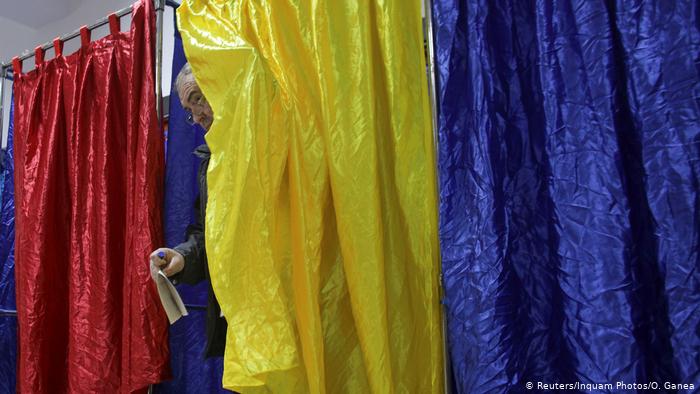 A gloomy atmosphere hung over the headquarters of Romania’s Social Democratic Party (PSD) on Sunday night. The party’s presidential candidate, Viorica Dancila, had suffered a crushing defeat, and party members were glum. It seems they had finally grasped that their party’s days are numbered, politically speaking.

Some PSD members blame former party leader Liviu Dragnea and Dancila for this dire situation, saying they usurped and ruined the party. Dancila, who as prime minster also took control of the party leadership when her mentor Dragnea was jailed for corruption, has lost all political power. Several weeks ago, her government collapsed when former allies turned their back and sided with Romania’s conservative-liberal National Liberal Party (PNL).

Dancila’s bid for the presidency was designed to give the PSD a fresh momentum. But this plan has evidently failed with Dancila huge electoral defeat. Her party has been implicated in nepotism and corruption, and has been accused of trying to dismantle Romania’s rule of law. All this has ruined its standing with voters. And its nationalist populist propaganda and defamation of conservative-liberal president Klaus Iohannis certainly didn’t help.

Iohannis, 60, was especially popular with Romania’s middle class, as well as the young and well-educated at home and abroad. They voted for Iohannis in this presidential runoff hoping to see their country become a normal, European state — even though Iohannis made several mistakes during his first term due to PSD pressure and its influence on certain institutions.

But Iohannis has made it clear that he has learned from past mistakes. The former physics teacher and mayor of Sibiu succeeded in winning over the electorate with his combination of pragmatism and patience, the right attributes to beat the PSD.

Today, most Romanians yearn for their country to return to normalcy. Iohannis’ overwhelming reelection underscores their yearning. Romanians want the rule of law to function like in all European states, they want an independent judiciary and honest lawmakers.

Iohannis’ admittedly drab election campaign promised a return to normalcy — now, he’s got to deliver. His occasional hesitancy in dealing with a government that reviled him has had consequences. Now, together with the new conservative-liberal PNL government, which backs Iohannis politically, they must undo the PSD’s previous efforts to dismantle Romania’s democracy.

Romanians at home, and the 4 million who have emigrated due to a lack of jobs, expect no less.

If the reelected president wishes to halt this serious brain drain and entice Romanians to return home, he must make good on his promise — and fast. If he brings the country’s pro-European forces on board, he can initiate a genuine fresh start. The timing has never been so good.