HomeNewsNewsPost-Brexit talks: UK prepared to walk away in June if no progress

Post-Brexit talks: UK prepared to walk away in June if no progress 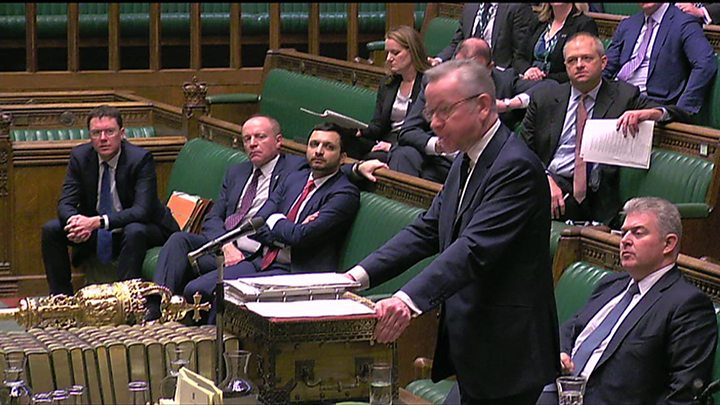 The UK has warned the EU it will walk away from trade talks in June unless there is a “broad outline” of a deal.

But the government would not accept any alignment with EU laws as the EU is demanding, with Mr Gove adding: “We will not trade away our sovereignty.”

The EU has already set out its priorities ahead of the formal start of the talks on Monday.

The government has published a 30-page document outlining its priorities for the talks.

The EU’s 46-page negotiating document, published on Monday, indicated that the UK could be expected to keep aligned with changes to EU rules covering state subsidies for industry, environmental standards and workers’ rights in future.

But Prime Minister Boris Johnson told BBC News: “The whole objective of doing what we’re doing is so the UK can do things differently and better.”

He added: “All we want is mutual recognition of each other’s high standards and access to each other’s markets.

“We wouldn’t ask the EU to follow every particular in UK legislation so it doesn’t make any sense for them to make the same requirement of us and that’s that’s where we are.”

The UK officially left the EU at the end of January, but is continuing to abide by many EU rules while talks on a permanent trading relationship take place.

Mr Johnson has pledged to get a deal with the EU by the end of the so-called transition period – 31 December 2020 – and has said he is not prepared to extend that deadline.

The government wants to agree a “broad outline” of a deal with the EU “capable of being rapidly finalised by September” in the next four months.

If that “does not seem to be the case” by an EU summit in June “the government will need to decide whether the UK’s attention should move away from negotiations and focus solely on continuing domestic preparations to exit the transition period in an orderly fashion”, the negotiating document says.

The UK’s negotiating team will be led by Mr Johnson’s Europe adviser David Frost. The chief negotiator of the Brexit withdrawal agreement, Michel Barnier, will head up the EU’s delegation.

Mr Barnier warned the EU would not agree a deal “at any price”, saying there would be “complex, demanding negotiations” over a limited period of time.

He added: “A short time, as chosen by the British government, not by us. In a very brief period, you can’t do everything. We will do as much as we can under pressure of time.”

Critics say leaving without an agreement and going to World Trade Organisation rules – the terms countries use to set tariffs (taxes) on goods when they do not have free-trade deals – could damage the economy.