HomeNewsNewsPrince Harry and Meghan to step back as senior royals

Prince Harry and Meghan to step back as senior royals 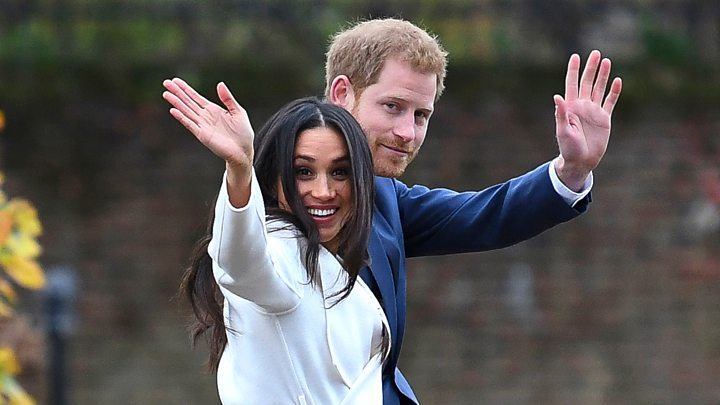 The Duke and Duchess of Sussex have announced they will step back as “senior” royals and work to become financially independent.

In a statement, Prince Harry and Meghan also said they plan to split their time between the UK and North America.

The BBC understands no other royal – including the Queen or Prince William – was consulted before the statement and Buckingham Palace is “disappointed”.

Senior royals are understood to be “hurt” by the announcement.

In their unexpected statement on Wednesday, also posted on their Instagram page, the couple said they made the decision “after many months of reflection and internal discussions”.

“We intend to step back as ‘senior’ members of the Royal Family and work to become financially independent, while continuing to fully support Her Majesty The Queen.”

They said they plan to balance their time between the UK and North America while “continuing to honour our duty to the Queen, the Commonwealth, and our patronages”.

“This geographic balance will enable us to raise our son with an appreciation for the royal tradition into which he was born, while also providing our family with the space to focus on the next chapter, including the launch of our new charitable entity.”

“I think it indicates a real strength of feeling in the palace tonight – maybe not so much about what has been done but about how it has been done – and the lack of consultation I think will sting.

“This is clearly a major rift between Harry and Meghan on one part, and the rest of the Royal Family on the other.”

A Buckingham Palace spokeswoman said discussions with the duke and duchess on their decision to step back were “at an early stage”, adding: “We understand their desire to take a different approach, but these are complicated issues that will take time to work through.”

Over Christmas, the couple took a six-week break from royal duties to spend some time in Canada with their son, Archie, who was born in May.

After returning to the UK on Tuesday, Harry, 35, and Meghan, 38, visited Canada’s High Commission in London to thank the country for hosting them and said the warmth and hospitality they received was “unbelievable”.

During the visit, Meghan said it was an “incredible time” to enjoy the “beauty of Canada”.

“To see Archie go ‘ah’ when you walk by, and just see how stunning it is – so it meant a lot to us.”

Former actress Meghan lived and worked in Toronto during her time starring in the popular US drama Suits, and she has several Canadian friends.

Close up, it was painfully clear that there were great chunks of the job they simply could not stand.

Both of them appeared to come alive with the crowds. But Harry hated the cameras and was visibly bored by the ceremonial.

And though Meghan was often the consummate professional, at times her impatience with the everyday slog of the role sometimes broke through.

She said she didn’t want to become a voiceless figurehead; but when she raised her voice, she found criticism waiting for her.

They both made their feelings known in the 2019 interview with ITV’s Tom Bradby.

But beyond the detail, what was so shocking was how unhappy they both seemed. The sun-drenched wedding of the year before seemed like a dream; here were two people visibly struggling with their lives and positions.

There are far more questions than answers; what will their new role be? Where will they live, and who will pay for it? What relationship will they have with the rest of the Royal Family?

And there’s the institutional question. What does this mean for the Royal Family?

It comes just a few months after Prince Andrew stepped back from his duties. Some might see this as the slimmed-down monarchy that the 21st century needs.

But Harry and Meghan reached people that other royals didn’t.

They were part of the reinvention and refreshing of the institution. This was not the way anyone would have planned its future.

He told the BBC the “massive press onslaught” when their son Archie was born may have played a part in the decision.

And he compared the move to Edward VIII’s abdication in 1936 in order to marry twice-divorced American Wallis Simpson.

“That is the only other precedent, but there’s been nothing like this in modern times,” Mr Arbiter said.

Asked how being a “part-time” member of the Royal Family might work, Mr Arbiter said he did not know.

“If they’re going to be based in the UK, it means they are going to be doing a lot of flying [with] a big carbon footprint,” he said, adding that this may “raise eyebrows”.

He also questioned how the couple would become financially independent.

“I mean, Harry is not a poor man, but to settle yourself in two different continents, to raise a family, to continue to do your work – how’s the work going to be funded?

“How is their security going to be funded?

Mr Arbiter also suggested questions would be raised over why £2.4m of taxpayer’s money was spent on renovating the couple’s home, Frogmore Cottage in Windsor, if they will now be living elsewhere for some of the year.

BBC royal correspondent Jonny Dymond said the couple have “considerable savings”, including Harry’s inheritance from Princess Diana’s estate and the money Meghan earned as an actress.

But, asked about whether they might get jobs, he added: “There is a problem for members of the Royal Family – relatively senior ones, even if they say they’re no longer senior – getting jobs, because they are seen to monetise their brand and you run into a whole host of questions about conflict of interest”.

He added that we are now in “wait and see mode” as to whether this new model of being a royal can work – “or if this is really a staging post for them to leave the Royal Family”.

The Prince of Wales pays for the public duties of Harry, Meghan, William and Kate and some of their private costs, out of his Duchy of Cornwall income, which was £21.6m last year.

Accounts from Clarence House show this funding – in the year Meghan officially joined the Royal Family – stood at just over £5m, up 1.8% on 2017-18.

Royal author Penny Junor said she “can’t quite see how it’s going to work”, adding: “I don’t think it’s been properly thought through.”

“I think it’s extraordinary but also I think it’s rather sad,” she said. “They may not feel they are particularly loved but actually they are very much loved.”

Harry is sixth in line to the throne – behind Prince Charles, Prince William and his three children.

In an ITV documentary last year, Meghan admitted motherhood was a “struggle” due to intense interest from newspapers.

Prince Harry also responded to reports of a rift between him and his brother William, the Duke of Cambridge, by saying they were on “different paths”.

In October, the duchess began legal action against the Mail on Sunday over a claim that it unlawfully published one of her private letters.

And the duke also began legal action against the owners of the Sun, the defunct News of the World, and the Daily Mirror, in relation to alleged phone-hacking

Prince Harry also released a statement, saying: “I lost my mother and now I watch my wife falling victim to the same powerful forces.”

The duke and duchess moved out of Kensington Palace, where the Duke and Duchess of Cambridge live, in 2018 to set up their family home in Windsor.

Then last summer, they split from the charity they shared with Prince William and Kate to set up their own charitable projects.

The couple’s announcement on Wednesday comes two months after the Duke of York withdrew from public life after a BBC interview about his ties to sex offender Jeffrey Epstein, who killed himself in August.