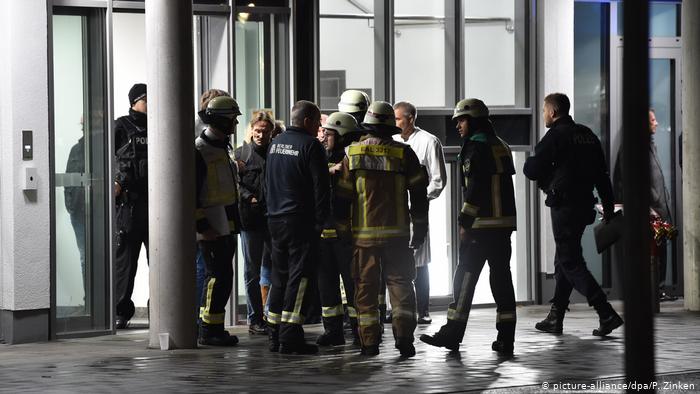 Fritz von Weizsäcker, the son of the late President Richard von Weizsäcker, was stabbed to death on Tuesday while giving a lecture at a Berlin hospital, according to local police.

Authorities said a man stabbed von Weizsäcker, 59, during his medical lecture at the Schlosspark hospital in the western Berlin neighborhood of Charlottenburg, where von Weizsäcker is a senior internal medicine specialist. Police apprehended the attacker with the help of members of the crowd.

One other person in the audience, who police said was there privately, was also seriously injured while trying to stop the attacker. That person was taken to a different hospital to receive treatment, Berlin’s fire department said on Twitter.

The Schlosspark hospital regularly holds events that are open to members of the public.

A murder investigation has been opened and investigators were at the scene taking statements from audience members and employees, authorities said.

Von Weizsäcker had a long career in medicine. He worked in Freiburg, Boston and Zurich before taking his post at the Schlosspark Clinic in Berlin in 2005.

He is one of four children of Richard von Weizsacker, who served as German president from 1984 to 1994 and passed away in 2015.

“My friend Fritz von Weizsäcker was stabbed today in Berlin. A passionate doctor and a fine person,” Lindner wrote. “He was just over at our house for a barbecue. I am stunned and must share my sadness. Once more you ask yourself, in what world do we live.”