HomeNewsNewsSpain in drive to get women into special forces

Spain in drive to get women into special forces 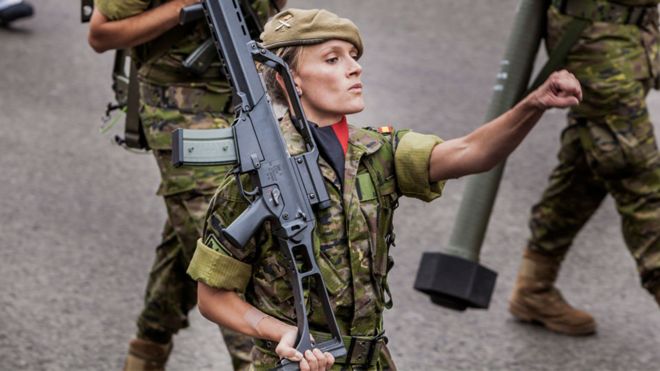 Arabic-speaking women are among those sought for UN- or Nato-led missions in conflict areas, such as Iraq or Libya.

Ms Robles was visiting the army’s command for special operations, where some women have joined elite units.

At the command centre (MOE) in Rabasa, near Alicante on Thursday, the minister watched a mock assault on a terrorist compound with the aim of seizing intelligence – the kind of raid conducted often against insurgents in Afghanistan and Iraq.

Ms Robles said the MOE had to be combat-ready not only in terms of military robotics and other advanced technology, but also “by understanding the terrorists’ social and cultural domain”.

Some jobs are reserved for women, such as searching women at checkpoints.

In conservative, patriarchal societies it can be easier for women to glean intelligence from local women, who may be kept away from foreign men.

Visiting the MOE in April, Ms Robles said “we want to make a significant bid to involve more women in these missions – this is a priority”.

In 1999 Spain opened up most military jobs to women and the proportion of women in its armed forces is now 12.7% – above the Nato average of 11.1%. The defence minister says Spain still needs to recruit many more women.

Jesús Núñez, a Spanish expert on international conflicts, told the BBC “the need for special units is increasing”.

“The MOE is combining all the special operations capabilities, as they realise more capabilities are needed in asymmetric wars.”

He said there was a clear need for women in certain roles, for cultural reasons. “In some Muslim countries, for example, it’s difficult to get information from women if you’re a man.”

He heads Madrid-based conflict research institute IECAH, which advises the UN and the Spanish government.

Currently the MOE has a staff of about 1,000, but only about a dozen are women, Spanish daily ABC reports.

In the Spanish military proportionately more women than men are in non-combat roles and on average they are lower-ranking.

Mr Núñez said the drive to recruit women to the Spanish military had been “very successful” so far.

Spain is behind France, but ahead of Germany, the UK and the Netherlands.

Mr Núñez said women had a key role to play in smoothing relations with civilians in conflict areas.

“If you are leading a unit in a village you need contact with the villagers, you need to create trust, and women provide another channel to facilitate the mission,” he said.

In April the United Nations Secretary-General, Antonio Guterres, said it was vital for women to play a greater role in peacekeeping operations.

He said that “within troop contingents they lower incidences of sexual exploitation and abuse; yield greater reporting of sexual and gender-based violence; and can access local women’s networks”.