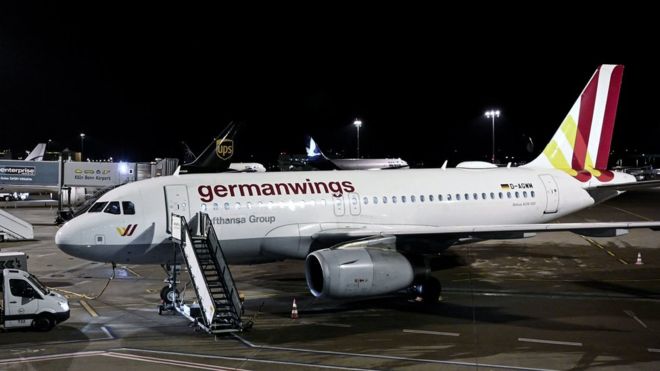 Cabin crew at Lufthansa’s low-cost airline Germanwings are staging a three-day strike over the New Year period, forcing the cancellation of about 180 flights.

The walkout, called by the UFO union, began at 23:00 GMT on Sunday and will last until 23:00 GMT on Wednesday.

Talks over the weekend broke down, with the union rejecting management concessions as insufficient.

UFO wants to secure higher pay and better benefits, as well as making it easier for staff to get long-term contracts.

After last month’s strike, Lufthansa agreed to arbitration. But after the breakdown of talks on Saturday, German media reported that the two sides were unable to agree on the topics to be covered by the arbitration process.

UFO vice-president Daniel Flohr told ZDF television that the strikes could be extended at short notice if necessary.

A Germanwings spokeswoman said about 15% of flights due to take place during the strike period had been cancelled.

Most of the affected flights are within Germany, but some flights to Austria and Switzerland have also been halted.

Cologne-Bonn, Munich, Hamburg and Berlin-Tegel airports are the worst hit.