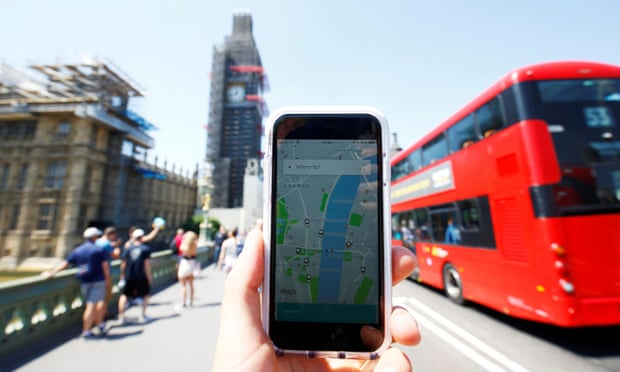 Uber has been stripped of its London licence after authorities found that more than 14,000 trips were taken with drivers who had faked their identity on the firm’s app.

Transport for London announced the decision not to renew the ride-hailing company’s licence at the end of a two-month probationary extension granted in September. Uber was told then it needed to address issues with checks on drivers, insurance and safety, but has failed to satisfy the capital’s transport authorities.

TfL said on Monday it had identified a “pattern of failures” by Uber, including several breaches that placed passengers and their safety at risk.

In a statement, TfL said: “Despite addressing some of these issues, TfL does not have confidence that similar issues will not reoccur in the future, which has led it to conclude that the company is not fit and proper at this time.”

The decision will not see Uber cars disappear from London immediately, as the firm has said it would appeal and could continue to operate pending the outcome, provided it launched official proceedings within 21 days.

When TfL first rejected Uber’s licence renewal, in September 2017, the firm eventually persuaded judges to award it a 15-month licence to continue.

While TfL said Uber had since made positive improvements, reservations remained – including a change to systems that allowed unauthorised drivers to upload their photos to other drivers’ accounts. This security lapse resulted in at least 14,000 trips – involving 43 drivers – where someone other than the booked driver picked up passengers, TfL said.

The incidents mostly occurred from late 2018 until early 2019, although TfL said it had only recently become aware of the extent of the problem – and the latest offence reported was less than three weeks ago. Among the 43 fraudulent drivers discovered were some whose licences had been revoked, and one driver who had been cautioned for distributing indecent images of children.

Uber said it first notified TfL about the issue in May 2019 and had since implemented technical fixes to resolve it. The firm also plans to bring in facial recognition technology.

London mayor Sadiq Khan backed TfL’s decision. He said: “I know this decision may be unpopular with Uber users, but their safety is the paramount concern. Regulations are there to keep Londoners safe, and fully complying with TfL’s strict standards is essential if private hire operators want a licence to operate in London.”

Jamie Heywood, Uber’s regional general manager, said: “TfL’s decision not to renew Uber’s licence in London is extraordinary and wrong, and we will appeal.

“On behalf of the 3.5 million riders and 45,000 licensed drivers who depend on Uber in London, we will continue to operate as normal and will do everything we can to work with TfL to resolve this situation.”

The Uber chief executive, Dara Khosrowshahi, said the decision was “just wrong” after reforms that the firm had put in place. He tweeted: “We understand we’re held to a high bar, as we should be. But this TfL decision is just wrong. Over the last two years we have fundamentally changed how we operate in London.”Advertisement

Steve McNamara, the general secretary of the Licensed Taxi Drivers Association, which represents London black-cab drivers, said: “It’s all about public safety and the mayor has taken the right decision.

“As far as we’re concerned Uber’s business model is essentially unregulatable. It is based on everyone doing what they want and flooding London with vehicles. Uber cannot guarantee that the cars are properly insured, or that the person driving the car is the one that is supposed to be driving, as recent incidents show.”

Labour, which has promised to reform the taxi trade, said it was important that Uber did not flout the rules. Andy McDonald, the shadow transport secretary, said: “Innovative technologies have an important role to play in our transport networks, but endangering passengers, tax avoidance and a crisis of low-pay is not a price worth paying.”

However, unions said Uber drivers could bear the brunt of the decision. James Farrar, of the IWGB union, said it would “come as a hammer blow to its 50,000 drivers working under precarious conditions”, who would face unemployment while needing to meet car lease payments. It also denounced Uber’s plans to introduce facial recognition as “a hugely disproportionate and discriminatory response”.

Farrar said the IWGB was seeking an urgent meeting with the mayor to discuss a plan to protect Uber drivers.