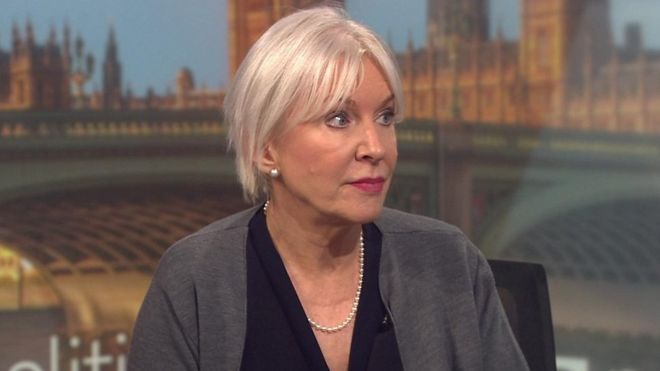 Ms Dorries, the first MP to test positive, said she had taken all the advised precautions after finding out and had been self-isolating at home.

It comes as a sixth person died from the virus in the UK, which has a total of 382 cases.

The latest person to die was a man in his early 80s who had underlying health conditions.

Meanwhile, NHS England said it was scaling up its capacity for testing people for the infection, with the number of cases set to rise.

Confirmation of any positive test results will also be accelerated with most people getting a result back within 24 hours.

Ms Dorries, the MP for Mid Bedfordshire, said in a statement that Public Health England had started tracing people she had had contact with, and the department and her parliamentary office were closely following its advice.

The 62-year-old, who began her career as a nurse, later tweeted that it had been “pretty rubbish but I hope I’m over the worst of it now“.

But she added she was worried about her 84-year-old mother who was staying with her and began to cough on Tuesday.

It is not known how many meetings Ms Dorries had attended at Westminster or in her constituency in recent days.

The Department of Health said she first showed symptoms on Thursday of last week – the same day she attended a Downing Street event hosted by the prime minister – and had been self-isolating since Friday.

No 10 did not comment on whether Boris Johnson had undergone testing, or whether he will now be tested.

All health ministers, including Health Secretary Matt Hancock, are to undergo testing for the virus, along with other officials who have come into contact with Ms Dorries.

Mr Hancock tweeted that she had “done the right thing” by self-isolating at home and wished “her well as she recovers”.

He added: “I understand why people are worried about this disease. We will do all we can to keep people safe, based on the best possible science.”

Public Health England has already carried out more than 25,000 coronavirus tests across the UK.

“Every hospital across the country, and the healthcare professionals who run them, are now actively planning to respond flexibly to manage new demand.”

Scotland, Wales and Northern Ireland will be expected to roll out their own testing services, but there will be some shared capacity between nations, depending on need.

The number of total cases for the UK include 324 cases in England, 27 in Scotland, 16 in Northern Ireland and 15 in Wales.

There are 91 in London, with the next highest infected area being south-east, with 51 cases. Cases by local council area in England can be viewed here.

The latest person to die, on Monday, was a man with underlying health conditions who was being treated at Watford General Hospital.

He caught the virus in the UK and officials are trying to trace who he had been in contact with.

The UK Foreign Office has warned Britons against all but essential travel to Italy, which is experiencing the worst outbreak outside China, after it introduced strict travel restrictions.

Italians are being told to stay home, seek permission for essential travel, and give justification if they want to leave the country.

The Foreign Office is advising anyone arriving in the UK from Italy since Monday evening to self-isolate for 14 days.

The government says it has facilities to accommodate Italian visitors to the UK who need to self-isolate.

British Airways has cancelled all of its flights to and from Italy until 4 April, and has asked staff to take voluntary unpaid leave.

Easyjet, Ryanair and Jet2 are also cancelling their flights on Italian routes, though EasyJet will operate “rescue flights” to bring British travellers home in the coming days.