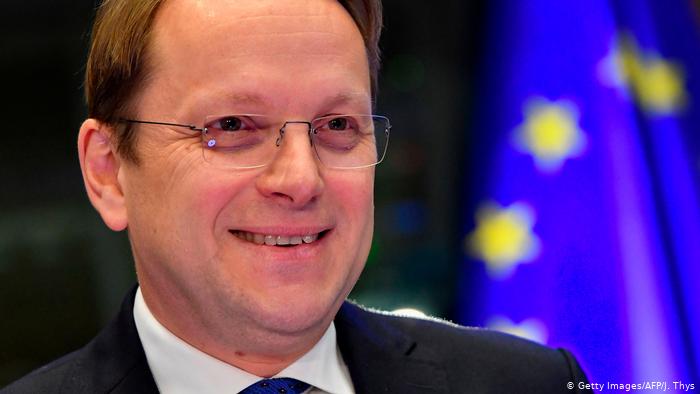 Oliver Varhelyi’s candidacy for the role of neighborhood and enlargement commissioner has been approved by EU lawmakers. The Hungarian’s nomination was originally met with skepticism due to his links to Viktor Orban.

The news means that the German and her lineup of commissioners should be ready to assume office on December 1.

Much skepticism remained over Oliver Varhelyi’s commitment to the EU’s interests as opposed to those of Hungarian Prime Minister Viktor Orban after his initial hearing last week. However, a second round of written questions by lawmakers were enough to seal the deal for the future neighborhood and enlargement commissioner.

“What an honor to become part of team Ursula von der Leyen! For stronger Europe together!” Varhelyi tweeted.

Now all that stands in the way of von der Leyen is a final vote to approve her 27-strong team. Each commissioner is responsible for a different policy portfolio.

Von der Leyen needs a majority of the votes cast in the European Parliament to prevent further delays. A ballot is planned for next week.

The EU’s new executive team will have its first ever female president after von der Leyen was elected in July. She was set to take office on November 1 but due to uncertainty surrounding the election of some of the members of her cabinet, the plan hit a one month delay.