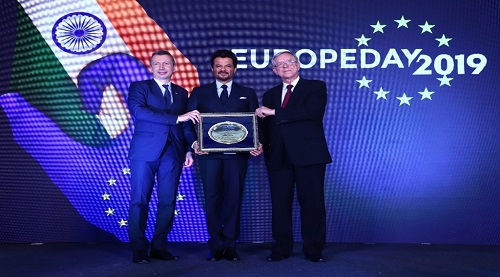 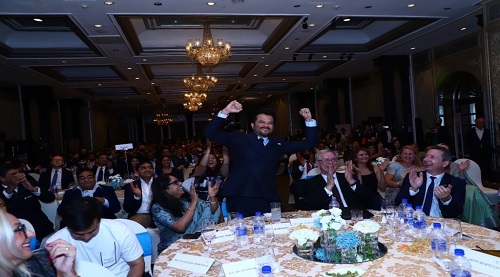 Mr. Anil Kapoor was felicitated with a Citation and memento for his immense contribution for artistic achievements, social activism and contribution in building cultural bridges between Europe and India.

Tomasz Kozlowski, EU Ambassador to India said, “Council of European Chambers of Commerce in India traditionally organizes EU Day celebrations every year. I am so happy that Anil Kapoor is with us today because he is so famous in promoting cultural ties between India and European countries.

Presenting the Citation to Kapoor, H.E. Mr. Tomasz said Mr. Anil Kapoor is a distinguished exponent in the art of acting and master of his craft.” He has also lent his support to various important social causes, including various programmes promoting women and girl child rights, which are also supported by the European Union.

After receiving the citation, an overwhelmed Anil Kapoor expressed his gratitude and said, “It’s been very educative, very emotional and one of the best evening of my career. I don’t know if I deserve this honour but I want to thank you (Tomasz) for giving me this honour.”