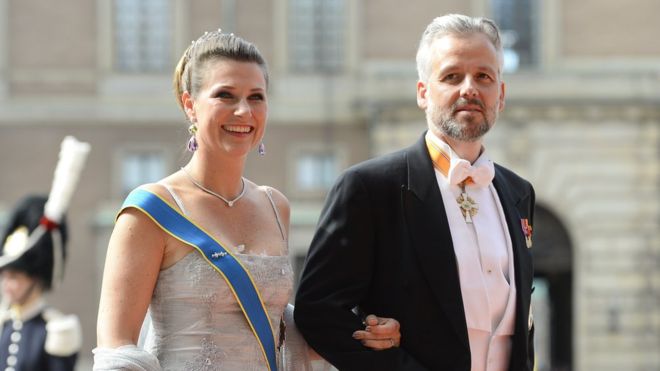 Ari Behn, the former son-in-law of Norway’s king, has died aged 47, his spokesman has said.

Behn, the author of several novels and plays, married Princess Martha Louise in 2002 but the couple divorced two years ago.

His spokesman told Norway’s NTB agency that Behn had taken his own life.

In a statement, Norway’s king and queen said he had been “an important part of our family for many years and we carry warm and good memories of him with us”.

At the time of their wedding, Denmark-born Behn was seen as a controversial partner for Princess Martha Louise, the only daughter and eldest child of King Harald and Queen Sonja.

Behn met his future wife through his mother, who was the princess’s physiotherapy tutor. He was best known then as the author of a short book, Sad as Hell, but attracted controversy and was filmed partying with prostitutes who were taking drugs in Las Vegas.

The couple had three daughters – Maud, Leah and Emma – but separated in 2016 before divorcing a year later. At the time, the princess said in a statement: “We feel guilty because we are no longer able to create the safe harbour that our children deserve.”

In December 2017, Behn accused the disgraced Hollywood actor Kevin Spacey of groping him after a Nobel Peace Prize concert. He said the actor had reached under a table and inappropriately touched him. Spacey did not respond to the allegation, one of many made at the same time.

“We are grateful that we got to know him,” King Harald and Queen Sonja said of Behn in their statement. “We grieve that our grandchildren have now lost their beloved father.”