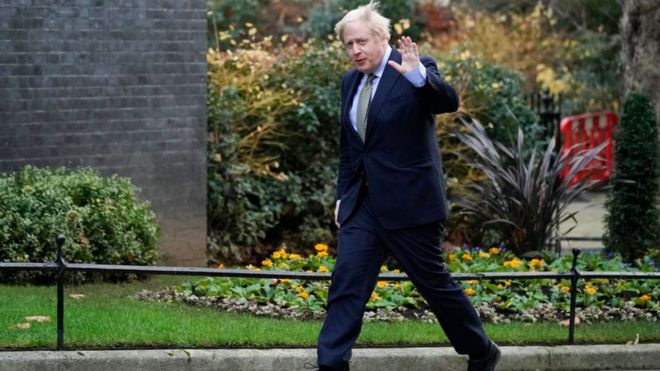 Prime Minister Boris Johnson will address his new intake of Conservative MPs later as they arrive in Westminster to take their seats in Parliament.

Many of the 109 new MPs won in areas traditionally held by Labour in Thursday’s election, which saw the Conservatives gain an 80-seat majority.

Their first job will be to vote on the Withdrawal Agreement Bill that the PM intends to bring back before Christmas.

Mr Johnson is also expected to carry out a mini cabinet reshuffle.

He needs to fill posts made vacant by those who stood down ahead of the general election, including the culture and Welsh secretary posts.

The Queen will formally open Parliament on Thursday when she sets out the government’s legislative programme.

It is thought the Withdrawal Agreement Bill (WAB) on leaving the EU could be put before MPs as early as Friday.

Ahead of Mr Johnson’s private speech to the new MPs, a Number 10 source said: “The PM has been very clear that we have a responsibility to deliver a better future for our country and that we must repay the public’s trust by getting Brexit done.

“That’s why the first piece of legislation new MPs will vote on will be the Withdrawal Agreement Bill.”

With the large majority, the bill is expected to pass through Parliament in time to meet Boris Johnson’s promise for the UK to leave the EU on 31 January.

Mr Johnson then has to negotiate a new trade agreement with the EU and have it ratified before the end of the post-Brexit transition period that ends on 31 December 2020. He has repeatedly said that the transition period will not be extended.

The Queen’s speech is also expected to include legislation linked to pledges made during the election campaign – most notably a guarantee on NHS funding.

Moves to get the Northern Ireland government at Stormont up and running again are also expected, with talks resuming on Monday.

New Conservative MPs have been posting pictures of themselves on their first day including the members for Bishop Auckland and Stoke-on-Trent North – Dehenna Davison and Jonathan Gullis.