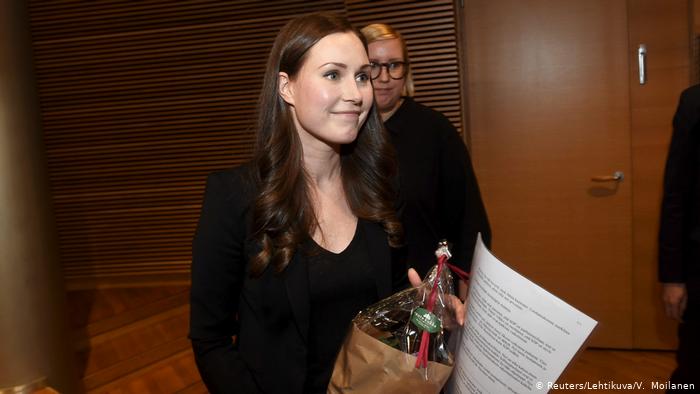 Sanna Marin, whose party is the largest in a five-member governing coalition, is set to be the country’s third female leader. Marin narrowly defeated Antti Lindtman by a 32 to 29 vote in the party council.

l Democrats in Finland elected deputy leader Sanna Marin as their candidate for the post of prime minister on Sunday.

Aged 34, Marin would be the Nordic nation’s youngest ever leader if confirmed by parliament in a vote likely to occur next week.

“Now we have to look ahead,” Marin said, having defeated rival Antti Lindtman in a party vote. “We have a lot of work to do to restore confidence, but we have a joint government program.”

Having emerged as the largest party in the aftermath of the Finnish election earlier this year, the Social Democrats are able to select one of their own to the post of prime minister in the wake of Tuesday’s resignation of previous incumbent Antti Rinne.

Rinne quit after a key coalition partner, the Finnish Center Party, lost confidence in him and withdrew its support, alluding to a lack of trust.

The Center Party were also critical of the 57-year-old’s handling of a two-week postal strike.

Now the frontrunner to replace Rinne, Marin has previously held the position of vice chairwoman for her party and most recently served as the minster for transport and communications, in addition to her role as deputy leader.