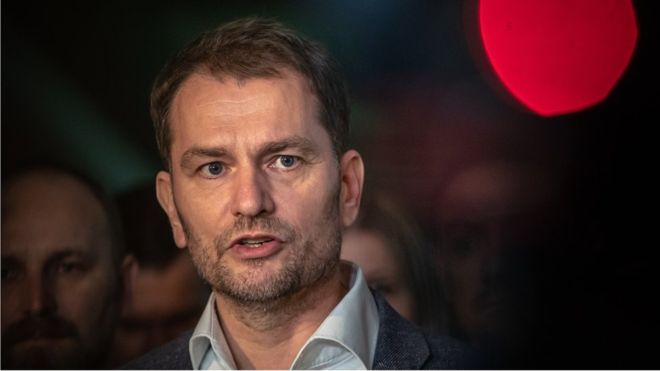 The opposition Ordinary People party (OLaNO) has won a resounding victory in Slovakia’s parliamentary election on a wave of anti-corruption sentiment.

With nearly all results counted, the party has secured almost 25% of votes.

The popularity of the Ordinary People party soared in recent weeks, thanks to its anti-corruption agenda.

The election campaign was dominated by public anger over the 2018 murder of an investigative journalist, Jan Kuciak, and his fiancée, Martina Kusnirova.

The result has unseated the centre-left Smer-SD party, which dominated Slovak politics for a decade and garnered just over 18%.

Kuciak had been investigating high-level corruption when he was killed.

The shooting shocked the nation and toppled PM Robert Fico, but his Smer-SD party remained in office.