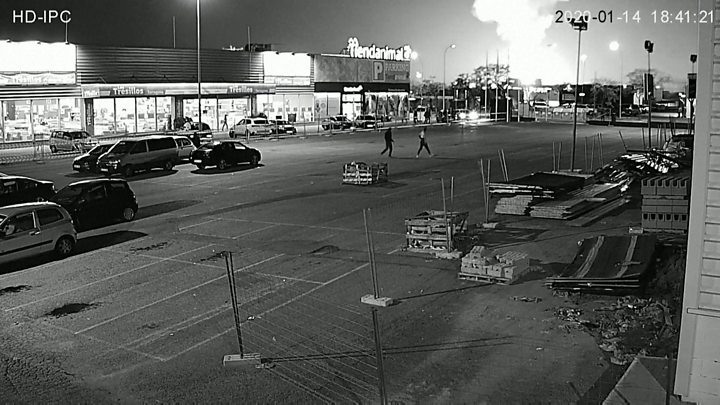 Two people were killed and eight others injured following an explosion at a chemical plant in Spain’s autonomous Catalonia region, officials say.

One of those killed suffered a fatal injury when an apartment block located about 3km (two miles) away partially collapsed, Spanish media report.

Authorities said that no toxic substances were released.

Nearby residents were, however, initially urged to stay indoors after the explosion set off a huge fire.

Dozens of firefighters worked through the night and into Wednesday to tackle the blaze at the Industrias Químicas del Óxido de Etileno plant.

A reporter for Spanish public broadcaster RTVE, Jesús Navarro, tweeted an image showing a mangled structure at the factory site.

Water was sprayed over tanks containing chemicals to keep them cool.

The factory produces chemicals such as ethylene oxide – which can be used to make antifreeze, pesticides and to sterilise hospital equipment – and propylene oxide, which is used to make plastics. Both are extremely flammable.

The explosion, which firefighters said appeared to have occurred in one of the plant’s reactors, happened at about 18:40 local time (17:40 GMT) in La Canonja municipality.

The person killed in his apartment was named in local media only as Sergio.

Neighbours in the Plaça García Lorca housing estate in Torreforta described seeing “a ball of fire” at the time of the incident.

Witnesses described a “large metal” object hitting the building. Images of the apartment block showed damage to the building’s exterior.

Rescue teams with search dogs found the body of the second victim, a senior staff member at the factory, in the early hours of Wednesday. The search had been called off overnight due to poor visibility and dangerous conditions.

Late on Tuesday Catalan leader Quim Torra told reporters: “Now we can send a message of calm and confidence to people. There is no toxicity and therefore people can carry on with their lives as normal.”

Roads and public transport systems in the area that were closed as a precaution were reopened on Wednesday.