HomeNewsNewsVaradkar and Martin to meet amid election speculation

Varadkar and Martin to meet amid election speculation 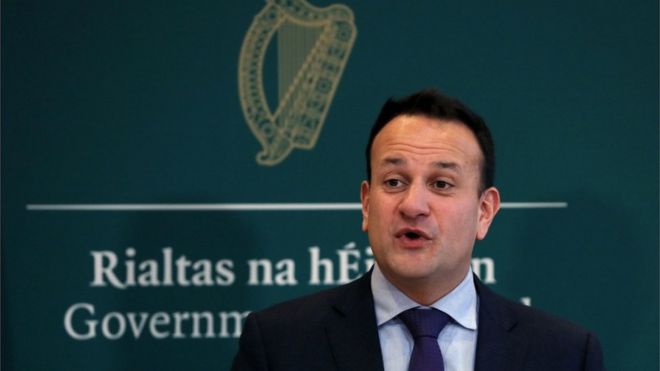 The Taoiseach (Irish prime minister) and opposition party leader are to meet later amid speculation a general election could be called.

The meeting between Leo Varadkar and Micheál Martin could determine the timing of the election, reports Irish broadcaster RTÉ.

The election could be held within a month, analysts suggest.

The leaders set out their priorities for extending the Dáil term in letters exchanged before Christmas.

Mr Varadkar set out a number of issues in his letter that he said he wanted resolved before agreeing to an election date.

The Taoiseach called for his Fianna Fáil counterpart to “agree to vote with the government where necessary, rather than abstain”.

But Mr Martin has said there was “no question” of his party supporting the government in confidence votes.

The results of the Irish general election in May 2016 failed to secure Fine Gael a majority government.

To form a government – a process which took more than two months – Fine Gael sought a confidence-and-supply agreement with opposition party Fianna Fáil.

Both parties are electoral rivals.

But the agreement has seen Fianna Fáil facilitate the passage of four budgets by the minority administration.

This agreement was extended in December 2018 for one more year, which ensured a general election could not be held before 2020.