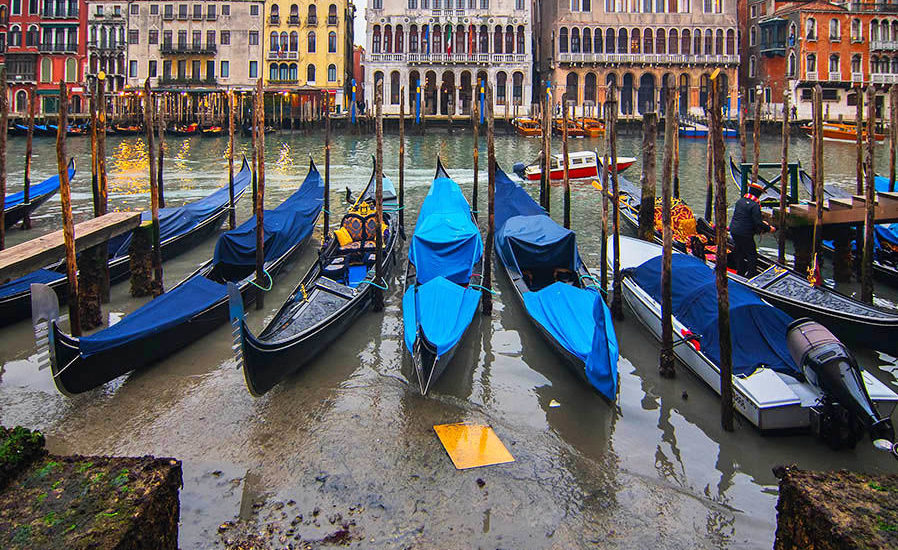 Low tides have left canals in Venice almost dry, just two months after severe flooding left much of the Italian city under water.

The canals look more like mud trenches and getting around has become a problem for many in the city.

In November, Venice experienced its highest water levels in more than 50 years in what some said was a direct result of climate change.

More than two thirds of the city was underwater then, with the mayor estimating damage at over a billion euros ($1.1bn; £850m).

Landmarks like St Mark’s Square were flooded, while shops and businesses had to close.

The latest low tide – while exceptional – is not quite as unprecedented. The tides here mean water levels can vary by around half a metre, or sometimes even more.